States of emergency not the answer to address crime

President of the Senate Tom Tavares-Finson, who former Prime Minister Edward Seaga once described as being from ‘good stock’, was at his party-political tribal best in the Senate on Friday, November 26, when he railed against Opposition senators for voting against the resolution calling for an extension of the states of emergency (SOEs).

Tavares-Finson, as president of the Senate, is required to be a balanced and fair arbiter of Senate proceedings, but he could not help his bellicose tribal instincts taking over when he realised that some Opposition senators were not prepared to be railroaded by a government that seems to believe that the only crime-fighting tool to be employed to arrest our runaway murder rate are SOEs.

Tavares-Finson was so upset, that he put aside his legal training and understanding of the centrality of the Jamaican Constitution in the protection of the rights of our people when he declared that Parliament must consider getting rid of the constitutional provision which gives the Senate the power, by a two-thirds majority, to block intended resolutions or legislations, which senators may find offensive or in breach of the rights of our people. 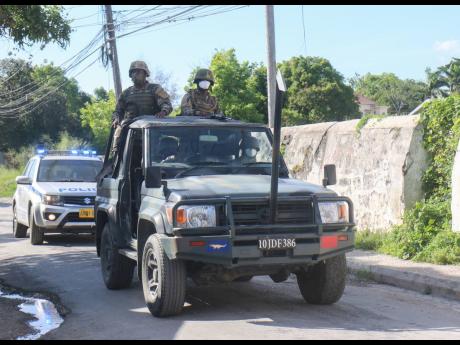 The issue of the increase in murders in Jamaica was at the heart of the debate in the Senate. The increase in murders has been a headache for all governments going back near 50 years. It was this reality which led Prime Minister Andrew Holness, in the campaign leading up to the 2016 national election, to declare that if given the chance to lead the country, he would put Jamaicans in a position to sleep with their windows and doors open.

Nothing could have been further than the truth. Killings have continued unabated, and those words have come to be one of his biggest nightmares.

In desperation, and unable, to date, to present the country with a credible national crime plan, Prime Minister Holness and Deputy Prime Minister and Minister of National Security, Dr. Horace Chang, have sought to impose the use of states of emergency in seven high-level murder-producing police divisions, across five parishes.

Despite these SOEs, murders continue to take place under the eyes and noses of the police and soldiers. I am not surprised, as among other things, members of the security forces are required to put in long hours on the roads without being provided with the necessary resources.

As an example, a few days ago, rank-and-file members of the police force demonstrated for their pay condition to be addressed by the Government, as overtime pay due to them for months now has not been paid.

In the same breath, however, Minister of Finance Nigel Clarke was able to find $1 billion to allocate to constituencies for what he called mitigation works, as the Jamaica Labour Party oil its political machinery for the upcoming local government elections.

As was pointed out by some senators, the most challenging aspect of the SOEs is that it gives the security forces the authority to scrape up all and sundry in the applicable SOE divisions, and hold those persons for days, in many cases violating the human rights of those who are detained.

This, ‘scrape up and hold’ approach treats the innocent and suspects alike, and breeds further resentment of members of our security forces by persons who they are supposed to serve and protect.

It also leads, as Chang himself has publicly admitted, to the flight of criminal elements from one SOE division to non-SOE divisions.

Experience has taught us that while SOEs may have a shock-and-awe effect, it does not lead to a reduction in murder nationally. Our murder rate, for a small country, has remained an average of over 1,000 victims per year, over the last many years. Our murder rate reflects a wider problem which SOEs cannot solve.

That wider problem is that of the wanton disregard for law and order across Jamaica. It has long reached crisis proportions. It is now a feature of day-to-day life. It manifests itself in all forms. The indiscipline on our roads, the squatting on lands, putting up buildings anywhere and everywhere, corruption at all levels, and of course, the most extreme form, that of our ballooning murder rate. I agree with former Prime Minister Bruce Golding who echoed sentiments expressed by Professor Don Robotham many years ago, that there is a need for the resocialisation of our people. This issue must be tackled urgently.

As a start, the Government needs to urgently open talks with the Opposition and other critical stakeholders in the country on how to implement short-term and long-term measures to arrest the ever-increasing social decay.

As it relates to the increased murder tally in our society, the Government and the Opposition cannot be at loggerheads on how to deal with this matter. There are some critical issues which they both need to deal with immediately.

One of them is that there is the need for a massive investment to increase the technological efficiency and capability of the police force. Every section of Jamaica must be flooded with cameras, starting with the murder hotspots. The ‘shottas’ must know that they are under 24-hour surveillance. We must make it harder for gunmen to move from one place to another.

There must also be a concerted effort to reform and modernise the police force. Tinkering is not enough. For example, we must significantly improve the investigative capacity of the police force. One detective being responsible for numerous case files, while lacking the necessary resources and applying rudderless forensic methodologies to conduct investigations, lead to frustration on the part of the police, and a weak case file, resulting in suspects more than likely walking free. The ‘shottas’ know that in today’s Jamaica the likelihood of getting away after committing a murder is far greater than being caught and punished.

Illegal guns are too easily available. We must find a way to stop the guns coming to Jamaica. This will be a challenge, but it is not impossible. Those among us who are quick to use Singapore as an example as to where Jamaica should be economically fail to point out that one of the things that Lee Kuan Yew, the leader at the time did, was to ban all guns. No one, except the security forces, had the right to bear arms. Serious penalties were imposed against anyone found with a gun unless that person was a member of the security forces. Today, people can walk in Singapore free from gun-toting criminals.

Many of our communities from which the ‘shottas’ originate need a makeover. Most of these communities have remain the same over the years. Living conditions are poor. People live from hand to mouth. Many of our youths, like it or not, are not going to live in grinding poverty all their lives. If they do not get formal help, they are going to create illegal ways to live, much to the detriment of the innocent.

Another issue is that of our justice system. There have been improvements, as the staff at all levels, despite being overworked and burdened beyond capacity, work to make things better. However, much more work is needed to ensure that justice is administered swiftly and that the appropriate punishment is imposed against violent criminals who are found guilty.

Our experience, over the years, has shown that SOEs have not helped to bring down the rate of violent crimes or murders in Jamaica. We need a new approach, as doing the same thing, the same way, over and over, will not bring a different result. We need to be bold and creative in finding solutions.

Delano Franklyn is attorney-at-law, a former People’s National Party senator, and former minister of state in the Ministry of Foreign Affairs and Foreign Trade. Send feedback to delanofranklyn@gmail.com.

Article originally posted to the Jamaica Gleaner – Delano Franklyn | States of emergency not the answer to address crime, on December 5, 2021 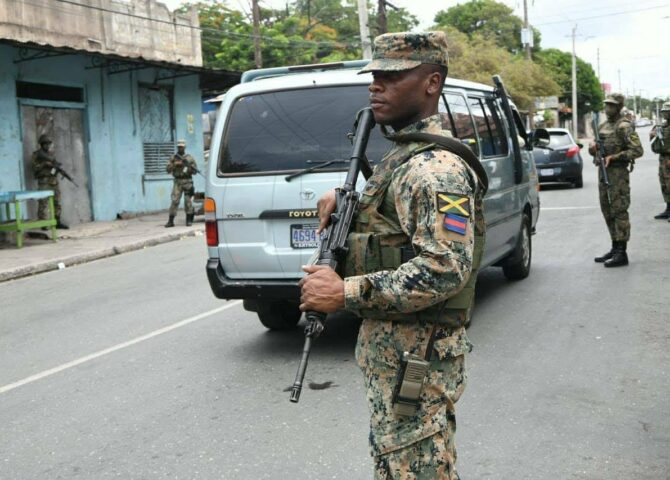 December 17, 2021 / General News
States of emergency not the answer to address crime