“I am super happy,” declared Elaine Thompson-Herah, after she decimated the field in the 200m, at the Olympic Games in Tokyo, Japan. She is now the first woman in history to win the 100m and 200m in back-to-back Olympic Games, the second-fastest woman, as well as the new national record holder, in both events. To further prove her mettle, she also picked up a gold medal as a member of the successful 4x100m relay team, thus finishing the Games with a memorable three gold medals.

Elaine and the legendary Usain Bolt, who took pure and untainted sprinting to stratospheric levels, are now the only two persons in the world to have ever successfully defended their 100m and 200m titles at the Olympics. It is an accomplishment which gives us bragging rights and makes all Jamaicans, here and abroad, feel, like Elaine, super happy.

Lined up with her in both races was one of the most successful athletes in the modern era, Shelly-Ann Fraser-Pryce, who, at the age of 34, gave it her all to pick up silver in the 100m. She was followed by the ever-improving and lion-hearted Shericka Jackson who won bronze, to make it a clean sweep, in that event, for Jamaica. Shelly-Ann later came back and showed her usual prowess when, along with Elaine, Shericka, and Briana Williams, won gold in the 4x100m, in the process setting a new national record.

By their unheralded global athletic achievements over the years, Elaine and Shelly-Ann, who both hail from extremely challenging socio-economic situations, have stamped their class as international sprinting icons and all-time greats.

By their Olympic post-race interviews, which clearly demonstrated their Jamaican ambassadorial qualities, they showed that they are quite aware that they are continuing the tradition of others who blazed the trail for them.

Apart from the athletic talent of our athletes, there are some other factors which we must not forget, which have contributed to our current athletes being able to shine on the national and global stage.

G.C. Foster College of Physical Education and Sport comes readily to mind. When Michael Manley, former prime minister of Jamaica, forged relations with Cuba to build this institution, some who are still in our midst came out against it, saying, foolishly, that it was a tool of ‘communism’. They saw politics, not sport. Luckily, Michael Manley and the government of the day saw the bigger picture, and stood firm. G.C. Foster has produced, and continues to produce, some of the finest coaches who have been working night and day to harness athletic talents in our learning institutions and communities.

Second, the creation of the Sport Development Foundation (SDF) in 1995. This under-recognised and hardly mentioned institution, with an annual budget of approximately $600m, has contributed significantly to the rolling out and enhancement of sport facilities across the country, and it has also been a source of funding for many athletes.

Third, the creation and expansion of track clubs locally, under the guidance of local coaches. This has given many of our athletes the option to continue their training in Jamaica after leaving secondary school.

Many of our successful athletes have been trained by local coaches. Clear examples are Usain Bolt, under the guidance of coach Glen Mills. So, too, Shelly-Ann and Elaine, who have come under the tutelage of Stephen Francis. They are now joined by another seasoned national coach, Fitz Coleman, the coach of Hansle Parchment, who won gold in the 110m hurdles for men. Without exceptional coaches we would not have been able to produce exceptional athletes, and there are many of our coaches who are exceptional at what they do.

The performances of Elaine Thompson-Herah, Shelly-Ann Fraser-Pryce, Hansle Parchment, Shericka Jackson, Briana Williams, Megan Tapper, Ronald Levy, Roneisha McGregor, Janieve Russell, and Candice McLeod, all medallists, along with all the others at the recently concluded 2021 Olympics, must be understood within the context of an Olympics which nearly never happened and had to be postponed from 2020 to 2021, and was held without spectators, due to the outbreak of the COVID-19 pandemic.

As was pointed out in a posting on social media, during the week, by former president of the Jamaica Athletics Administration Association (JAAA), Dr Warren Blake, “This has been a difficult Olympics for our athletes. Training and preparation were interrupted as the Government shut down sports in the country. Fortunately, some athletes went to Europe to get competition and improved their ability to compete.”

What Dr Blake did not point out, but which is obvious, was the increased resources required by athletes to aid their preparation for Jamaica’s national trials, as well as the Olympic Games.

The level of the international publicity brought to Jamaica by our athletes, especially by those who won medals, cannot be paid for by the Government, nor the private sector.

It is true that private sector investments in the country’s athletic programme, and in a few of our athletes, have increased over the years. GraceKennedy’s massive annual investments in the Boys and Girls’ Athletics Championships (Champs) is one case in point.

The athletes are grateful for the financial support they have received. Elaine, after the 200m, in one of her interviews, with cameras beaming her all over the world, thanked the National Commercial Bank (NCB) for sponsoring her from the very start.

The private sector, however, can do much more to assist our athletes. Many companies, particularly in the financial sector, despite the challenges brought on by COVID-19, are still making billion-dollar profits annually. Each athlete at the Olympic Games should be awarded with a grant of no less than $500,000.00, to offset their financial challenges and the miserable training schedule they had to endure, due to the uncertainty brought on by the COVID-19 pandemic.

With 58 athletes at the Olympic Games, made up of 52 track and field participants plus six others, it would require a total expenditure of $29 million, for each to be given the proposed cash grant. The larger financial institutions alone should be able come up with that amount.

I am sure that enlightened and forward-thinking financial sector leaders, such as Patrick Hylton at NCB, Keith Duncan at JMMB Bank and Earl Jarrett at JN Bank, can nudge their board members in that direction.

Sandals Resorts International, through its head, Adam Stewart, must be commended for offering complimentary vacation packages to all Jamaican medallists. However, given what is required of our athletes to reach the Olympics, I believe all are deserving of a complimentary package. If that is not possible, it would worth the while for Sandals Resorts International to consider widening the pool, to include all those athletes who reached the finals of their events.

Once again, our athletes, led by Elaine, Shelly-Ann and Hansle, have demonstrated that when Jamaicans work hard, are focused, and committed, there is no force on earth that can prevent us from being successful. We need to take lessons from these youngsters and apply it to all areas of national life. Then, we will have another reason, like Elaine, to be super happy. 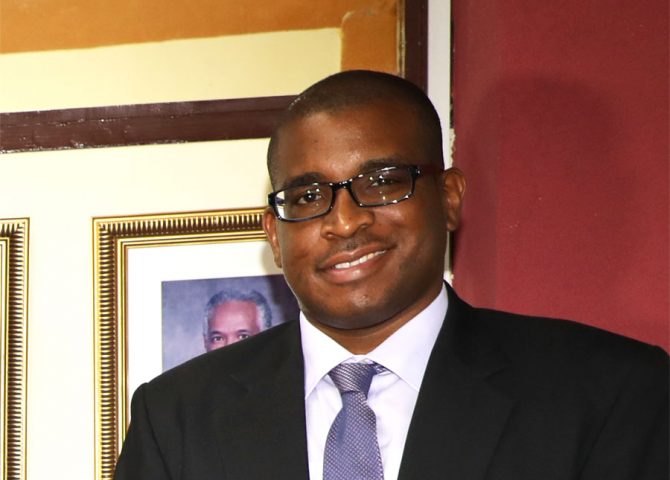